This artist’s illustration gives an impression of how common planets are around the stars in the Milky Way. The planets, their orbits and their host stars are all vastly magnified compared to their real separations. A six-year search that surveyed millions of stars using the microlensing technique concluded that planets around stars are the rule rather than the exception. The average number of planets per star is greater than one. This means that there is likely to be a minimum of 1,500 planets within just 50 light-years of Earth.

When your head hits the pillow, for many it’s lights out for the conscious part of you. But the cells firing in your brain are very much awake, sparking enough energy to produce the sometimes vivid and sometimes downright haunted dreams that take place during the rapid-eye-movement stage of your sleep.

Imagine if you will the Earth covered in a mist of gas from a nearby comet that envelopes the Earth’s atmosphere in a pea soup green mist.  Or maybe a Voodoo priest blowing a certain type of powder at you, then it looks like you die and you wake up inside of a coffin buried alive.  Also there is this possibility that you could catch a virus that was made by man to cure a specific disease and you become more of a scientific answer to the problem of a zombie apocalypse. 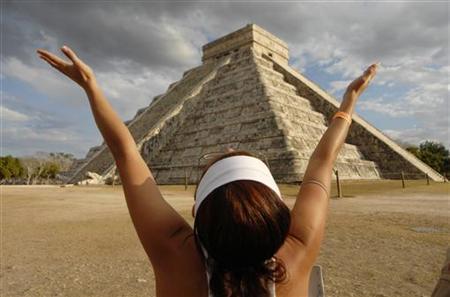 Nearly 15 percent of people worldwide believe the world will end during their lifetime and 10 percent think the Mayan calendar could signify it will happen in 2012, according to a new poll.